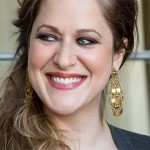 Bess McCrary Presents Her Second Album, Resurrect Me
A Bracing Collection of Genre-Demolishing Tunes
That Draws on a Soulful Combination of Jazz, Pop and Funk

The title of Resurrect Me is a fitting one because it’s a record that almost didn’t come to fruition. Shortly before releasing her debut album, for Happy, in 2013, Bess McCrary was diagnosed with stage-three thyroid cancer. “When I woke up in the hospital [post-surgery], I knew immediately my voice was damaged,” McCrary says. “I wasn’t sure if I would sing professionally again. I was instantly, brilliantly desperate. Desperate to survive and desperate to fulfill my musical fate.”

The vocal strain strengthened McCrary’s innate sense of life’s absurdities and her own resilience. “I seriously doubt my ambition or my music would be this strong if I hadn’t gotten sick,” she admits. “In typical, contrary fashion, cancer was the best thing that ever happened to me. It was a wake-up call of the highest, most dramatic order.”

for Happy, McCrary’s first album, was also touched by cancer. McCrary put recording on pause to return home to Charlotte, North Carolina, in order to step in as her mother’s hospice nurse. After watching her mom lose her fourth battle with cancer, a grief-stricken McCrary returned to New York to complete her record. “As usual, songwriting was my life preserver. It broke my heart that my mom didn’t get to see or hear the finished product, so I named it in her honor.”

Born on the East Coast, McCrary learned how to harmonize by singing “You Are My Sunshine” in the cab of her family’s pick-up truck. “The first time I locked into a harmony without my dad’s help, my whole body shook with the music. I knew I wanted to have that feeling forever.” Inspired by Maria Muldaur, Betty Everett and Tori Amos, McCrary was a natural performer, participating in acting classes, singing troupes and self-taught on piano. After graduating from the University of North Carolina School of the Arts, McCrary took her talents to New York in the hopes of auditioning for Broadway. Waiting tables and auditioning by day and singing with jazz and swing bands by night, McCrary eventually debuted her own band, Bess McCrary and The Drinks Are Cheap, an outfit that included saxophone player and musical director Kurt Stockdale. She soon began performing her own original songs, which led to the debut of for Happy in 2013.

Although McCrary wrote the songs on Resurrect Me in the aftermath of her mother’s death and her own bout with cancer, they’re remarkably upbeat and stylistically diverse. Infusing elements of jazz, swing, electronica and blues with classic pop, McCrary’s genre-crossing tracks twist unexpected wit and humor into some of life’s bleakest moments. Using her taut voice sparingly, but fiercely, she permeates the songs with soulful undertones of resignation and hope.

With David Cook acting as pianist, arranger, musical director and producer on the album, due Spring 2015, McCrary and Cook completed the recording process for Resurrect Me in three days, backed by some of New York’s finest jazz and swing musicians.

“The technical term for my nerve damage is paresis of the right vocal fold,” McCrary says, lightly, noting that most people can’t tell a difference. “I lost some of my high notes, and I’m still learning how to sing with my new, limited instrument. I said a tearful goodbye to a few beloved songs I will never sing again in the original key, but the number of new songs I get to write and sing with my new voice is infinite. You can’t beat that.”

UPDATE:
Long story short: turns out the vocal nerve damage was more significant and limiting than originally estimated, and Bess has since retired from active performance as a professional singer. She continues to write music and songs and to act as a publisher for ASCAP under the name Retiary Music. In addition, Bess has built a home studio and now has a new passion borne of a lifetime as an avid reader and actor: voice acting and audiobook narration. Check back in 2021 for release dates of her first performance of TKO Studios’ Blood Like Garnets and other upcoming projects.

“(Bess creates) …moments within her songs when you feel that all the layers of pretense have been stripped and what you are hearing is not so much her voice but the deepest expressions of a passionate soul. It’s vulnerability, but a vulnerability tempered by inner strength. It’s emotional honesty expressed with intelligence and wit. It’s paradoxical, indescribable and “it.” It also makes for an amazing listening experience.”
— The Alt Rock Chick 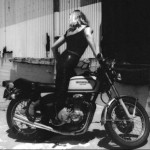 Bess McCrary’s, “for Happy,” has the rare distinction of making its way into my three-CD dinner and wine party rotation, joining Sara Bareilles and Norah Jones. A collection of 13 original songs, there is a theatricality to her jazz that makes it unique, varied and catchy. From Dixieland and the throwback 20’s nightclub feel of “Every Time I Love You” to the mournful “Cry So Good” (with a chorus and bridge that refuses to budge from my head) to the 50’s do-wop of “Life’s Work,” the funky calypso of “Solidarity,” these songs have a contemporary melodic edge with a jazz underpinning. I’d recommend welcoming Bess and “for Happy” into your “best of” rotation. 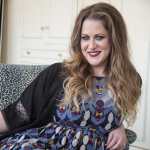 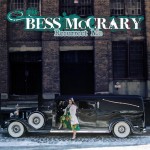